For a night fit for a king or queen, look no further than the Palace of Versailles in France.

More than seven million people visit the opulent gilded masterpiece each year, but that hasn’t stopped the state-owned castle from falling victim to underfunding.

In an attempt to boost revenue, the government has announced that the estate will now open – as a hotel.

Due to underfunding issues, the Palace of Versailles will now open a hotel on its famous property

Currently, the emblematic palace, which houses the magnificent Hall of Mirrors, is receiving offers from private companies interested in setting up shop.

The hotel will be housed in three 17th century mansions, located approximately 100 meters from the main building.

While you can’t stay in the sprawling chateau itself, some rooms will have views of the architectural marvel L’Orangerie, which housed Louis XIV’s 3,000 orange trees during the winter months.

“There will be no other hotel in the world like this,” a palace spokesman said, according to The telegraph. “It is an emblem of the history of France and a cultural landmark. It will be a truly royal experience. 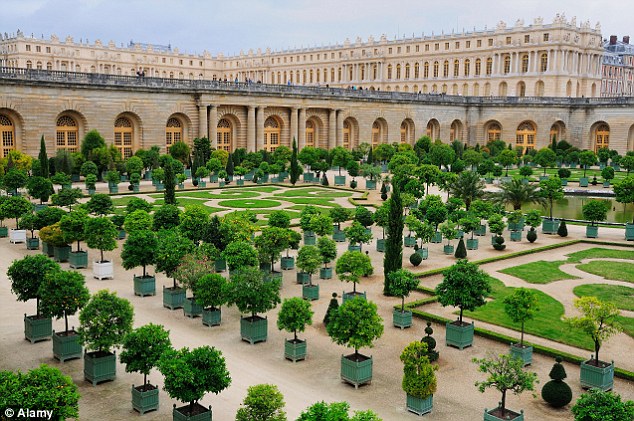 The Hôtel de l’Orangerie, as it is known, will offer views of the architectural marvel and be housed in three 17th-century mansions on site 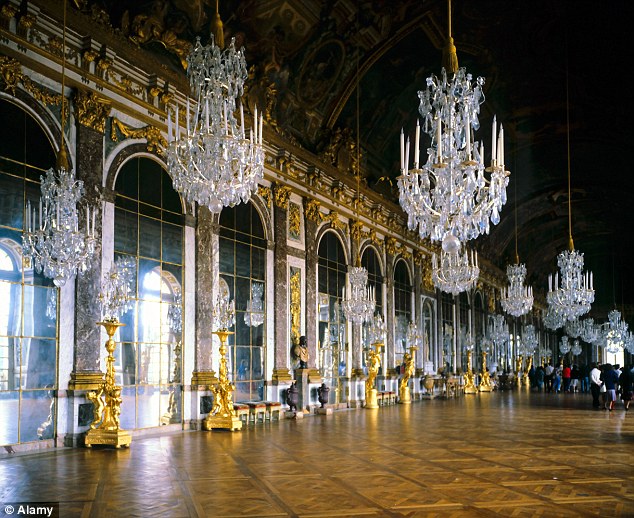 Versailles is home to the famous Hall of Mirrors, located in the central gallery of the palace and is one of the building’s most notable features

The sprawling estate, which was erected in a rural area but is now part of a wealthy suburb of Paris, was the famous home of Louis XVI and his wife Marie Antoinette.

The court of Versailles was the center of political power in France from 1682 until the start of the French Revolution in 1789.

As such, the castle is infamous not only for its breathtaking grandeur, but also as a symbol of the country’s Ancien Régime and its absolute monarchy.

Unsurprisingly, Kim Kardashian and Kanye West were reportedly interested in hosting their over-the-top nuptials at the palace in 2013 – but those requests were turned down.

They did, however, host their rehearsal dinner at the famed chateau, giving guests an exclusive tour of the property and a private performance by Lana Del Ray. 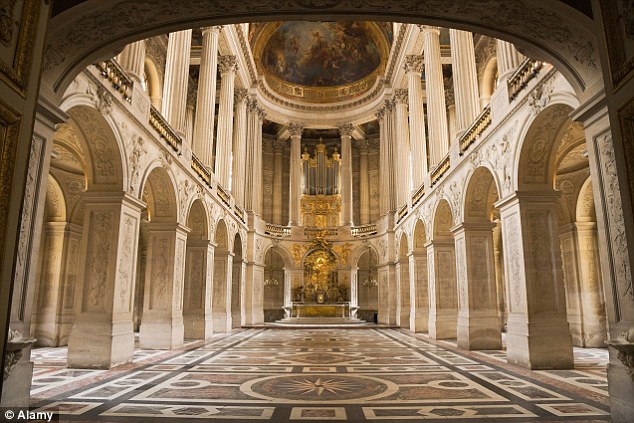 The Royal Chapel, where the King and Queen often heard mass, is just as opulent as the rest of the sprawling estate 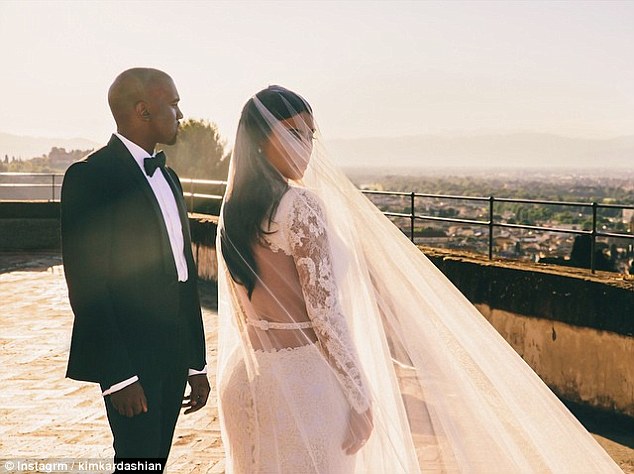 Although they had hoped to have their wedding ceremony at Versailles, the celebrity couple only got permission to hold a rehearsal dinner on the property. Pictured: Kim Kardashian and Kanye West in Italy 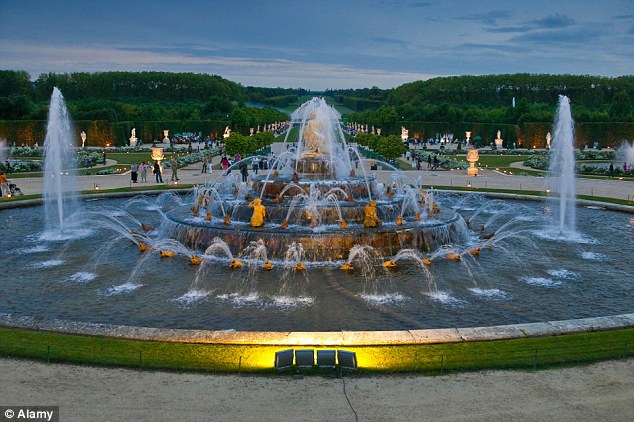 The mansions will have to undergo major renovations – at a cost of up to £10million – before opening. Pictured: The house’s Latona fountain

But, despite all the publicity surrounding the lavish mansion in recent years, public funding for the palace has been slashed from €47.4m (£33.6m) in 2013 to €40.5m this year.

The successful bidder for the Hôtel de l’Orangerie, as it has been provisionally named, will be granted a 60-year operating license and will have to pay part of the profits to the palace.

The mansions are currently empty, as they have been for several years, and will need to be renovated before opening.

A spokesman reportedly put the cost at £10m.

MailOnline Travel has contacted a member of the Versailles press team for comment.

You can now stay at the Palace of Versailles for $2,000 a night | News

anchor Image courtesy Airelles. Looking to spend some pretty serious time and money in Europe this summer? Want to live the lavish life of a noble? You now have the opportunity to do so in one of France’s most historic buildings after the Palace of Versailles recently announced that it will start accepting visitors in […]

Man apprehended after breaking into Versailles Palace in France – ARTnews.com

A brazen burglary at the Palace of Versailles in France was foiled this weekend. By a report in Le Figaroa 31-year-old man scaled the outer wall of the castle grounds and entered the historic structure through a broken French window. According to the parquet floor of Versailles, the man arrived by taxi in the park […]

Vandals have sprayed yellow paint on a controversial sculpture known as the ‘Queen’s vagina’ which has just been displayed in the gardens of the Palace of Versailles in France. “Damage to the work, Dirty Corner, was discovered on Wednesday morning,” said the estate’s management. “It was lightly sprayed with paint. The job is being cleaned […]