Scientists have used 2,000-year-old seeds to grow an extinct species of date palm. The tree disappeared from the Judean Desert, but in 2012 seeds were discovered by archaeologists. They planted the seeds, growing a male and a female of the species, and were able to produce dates from the biblical era! At the end of last year, the tree produced a harvest of hundreds of dates once thought to be extinct! “You could sell them for a lot of money!” 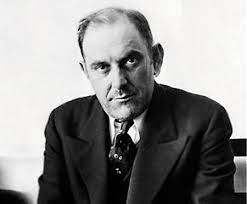 A crook sold the Eiffel Tower almost twice! Victor Lustig was one of the most famous con artists in history. So when he discovered the Eiffel Tower was rusting, he hatched the perfect plan. Disguised as a government official, he invited the most prominent scrap dealers to discuss an urgent matter. He then explained that the French government had decided to demolish the Eiffel Tower and that the 7000 tons of metal would be available to the highest bidder. Once he got the $20,000 offer, along with a $50,000 bribe, he fled to Austria to live a life of luxury. The unsuspecting victim was too embarrassed to report to authorities. Which allowed Lustig to come back to Paris and do exactly the same thing! “Well, lesson learned. Don’t buy the Eiffel Tower if someone tries to sell it to you.

Did you learn something new? Let us know by texting us or messaging us on social media. Listen to the full chat below!

What would the Eiffel Tower look like after climate change?

That climate change is a reality comes as no surprise to any of us. We have all heard the facts and watched the news. But you can’t help but wonder what the future of our planet really looks like. How will cities and landscapes change and what will the world look like? French photographer and […]

Is the Eiffel Tower riddled with rust?

Ashu sizzles in front of the Eiffel Tower

Telugu audiences are familiar with actress and TV host Ashu Reddy. Thanks to the wonderful photographs that she publishes on instagram, she has gained a considerable number of followers. Fans can always count on Ashu to treat them with her alluring images. Once again, Ashu’s most recent collection of images caught our attention. Ashu recently […]