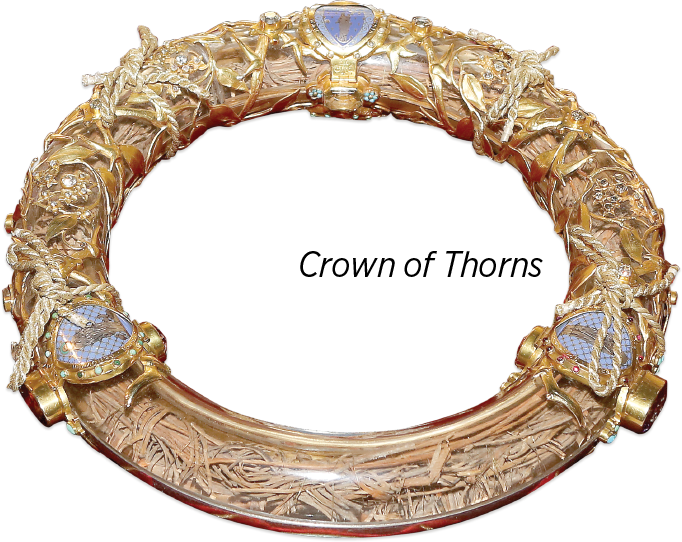 Apparently saved from Monday’s fire, it is considered one of the most precious relics of the Catholic Church. The crown of thorns is believed to date back to Jesus’ crucifixion, when it was used to mock him as “King of the Jews”. The relic has changed hands several times: originally the crown was transferred from Jerusalem to Constantinople in 1063, and King Louis IX brought it to its final resting place in Paris in 1238.

A piece of the true cross

The church housed wood that was said to have been part of the cross on which Jesus was crucified. 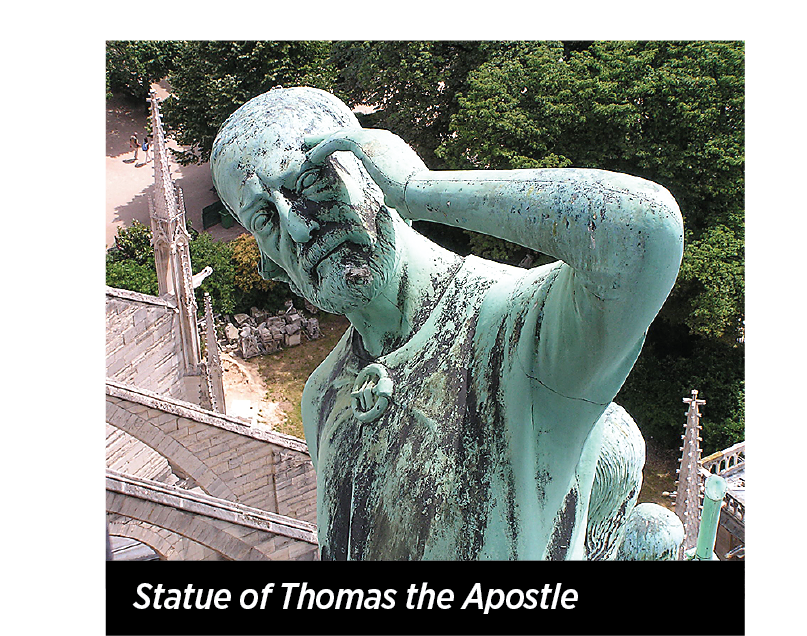 1
Due to the construction of the cathedral’s roof, many religious statues were dismantled a week before the fire, spared the disaster. 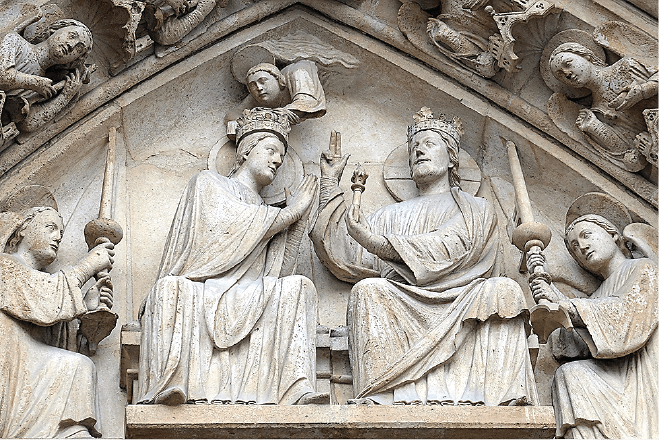 2
On the west facade of the church, carvings from the 1200s known as the “Queen of Heaven” depict the prophecies of the role, death and ascension into Heaven of the Virgin Mary 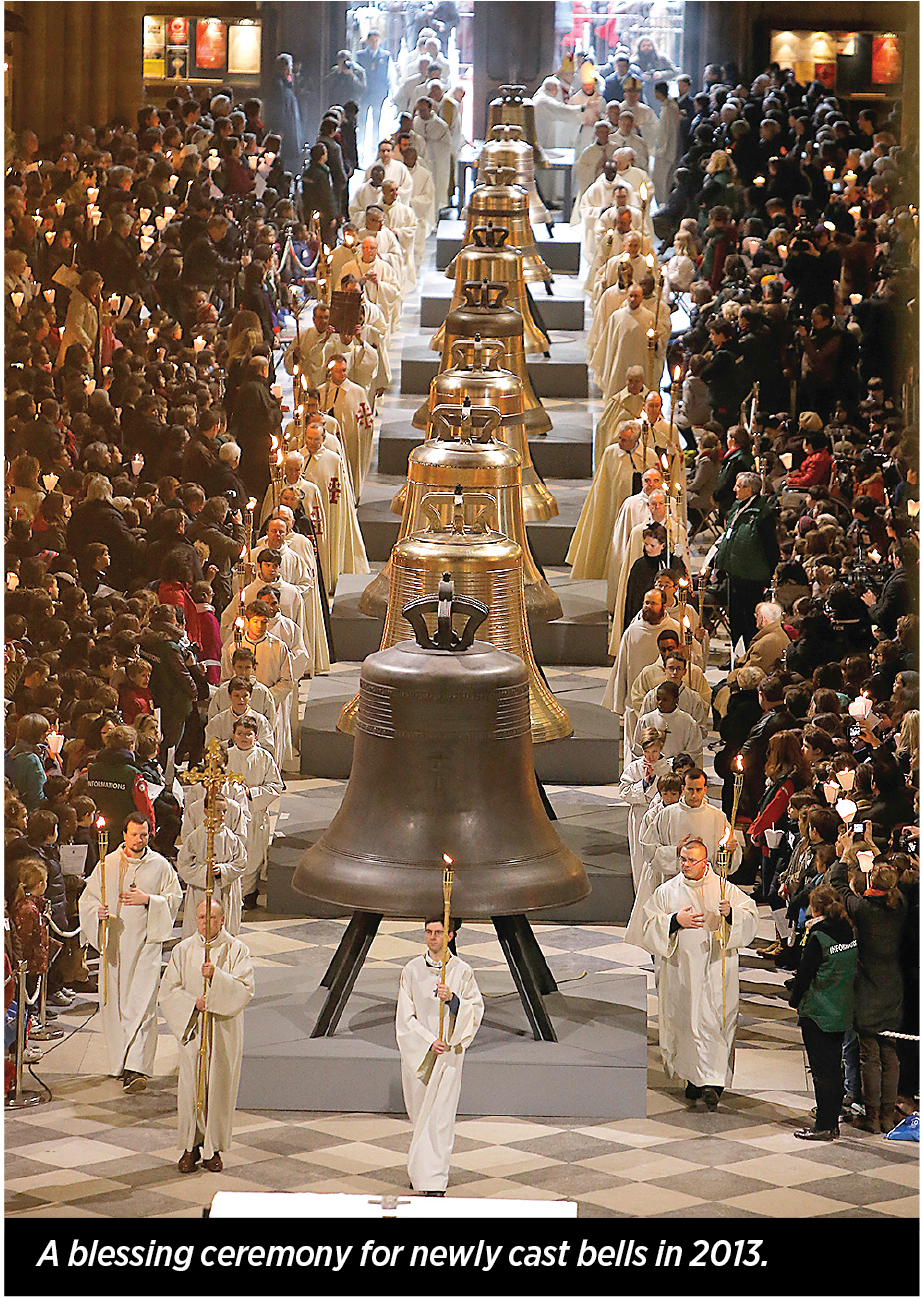 3
Installed in the south tower, the bells of the cathedral weigh a total of 13 tons and each bears its own name. The bells were recast in the 17th century and again in the 21st 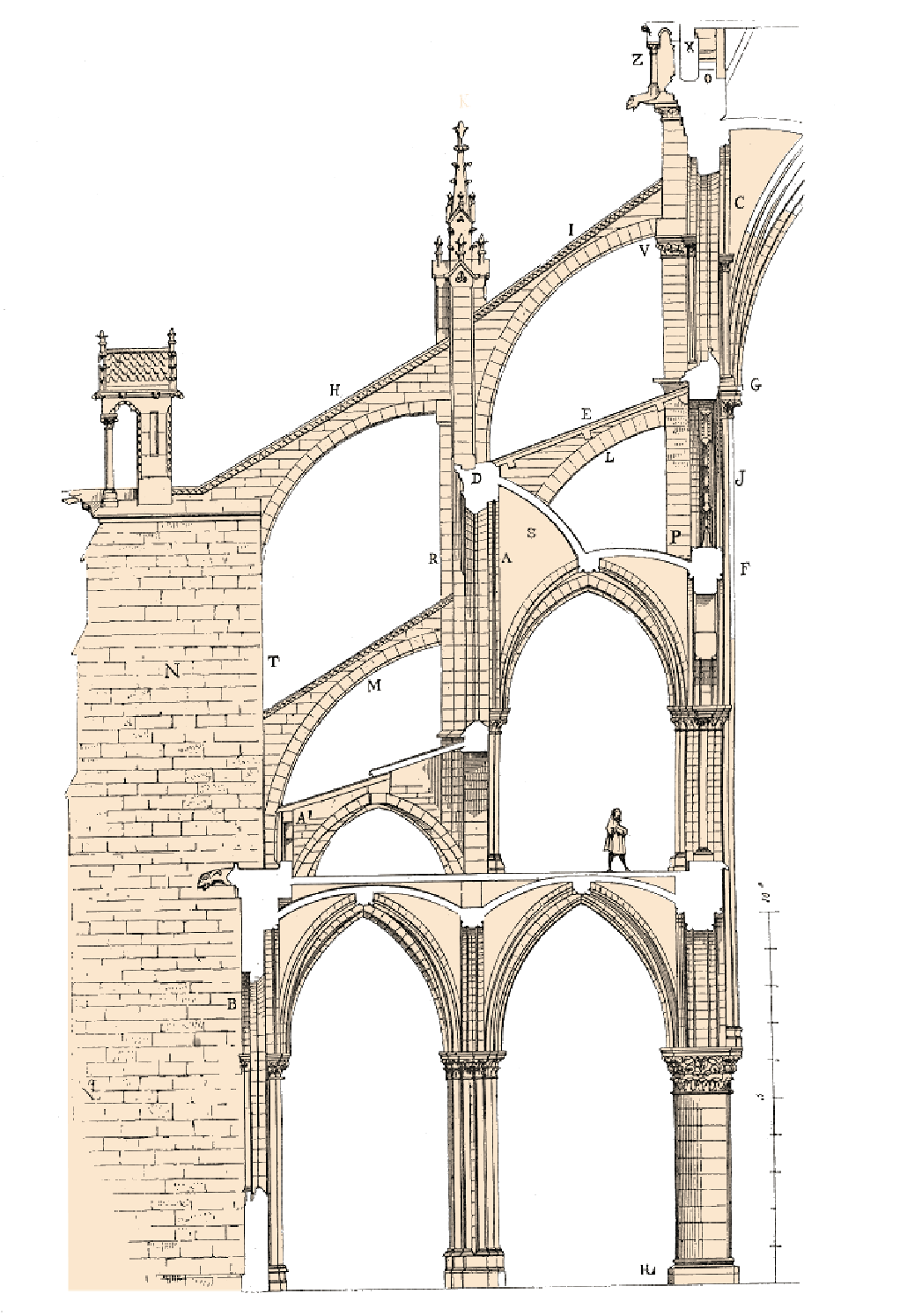 5
Notre-Dame was able to reach greater heights as one of the first Gothic buildings to use flying buttresses, bracings that carried some of the weight of the roof and walls. 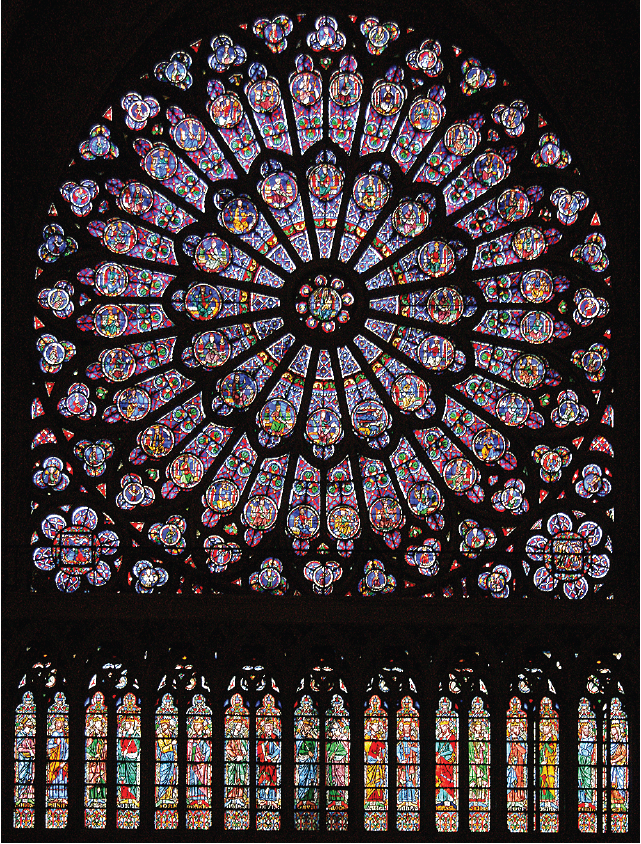 1163Pope Alexander witnessed the laying of the cathedral’s foundation stone.

1240-1345The builders finish the cathedral with the integration of several Gothic elements.

1401“The great organ”, one of the largest of its kind in the world, is placed at Notre-Dame.

1789The statues of Saint Juda are removed by the French revolutionaries, who cause serious damage to the church.

1831The book “The Hunchback of Notre-Dame” by Victor Hugo inspires an initiative to repair and restore Notre-Dame.

2019A massive fire swept across the top of Notre Dame Cathedral in Paris as it was being renovated, collapsing its spire and threatening one of the world’s greatest architectural treasures.

The alert went off around 6:50 p.m. on April 15, 2019, but the fire that disfigured Notre-Dame de Paris could not be brought under control until the early morning of April 16. While the fire was mostly in the attic of the cathedral, the spire burned and collapsed on itself. “Two-thirds of the roof of […]

The crown of thorns worn by Jesus at the crucifixion, stained glass rose windows, one of the world‘s largest organs, and various other relics, paintings and sculptures were present at Notre Dame de Paris during the fire. Do they survive? Paris. April 15, 2019. A few minutes before 7 p.m. The world gasped when a […]

Taking on the proven imports arriving on our shores in the coming months from Broadway, here is an overseas musical not from the pond but from the English Channel: a 20-year-old Parisian phenomenon who, during its London tour at the Coliseum, will play its 5,000th worldwide performance, having performed in no less than 23 countries […]