It took 24 years to Notre Dame of Paristhe famous French-speaking pop-rock musical based on the 19th century novel by Victor Hugo The Hunchback of Notre Dame, to debut in New York. A surprising gap given its international popularity, since its first broadcast in 1998.

Coinciding with July 14, a French revolutionary and national holiday celebrated every July 14, Notre Dame of Paris brings the bright, radiant spirit of medieval Paris to Lincoln Center and with it, the show’s strange modernity.

The show opens in 1482, in the center of Paris, a turbulent time of changes taking place. A “time of cathedrals” but also one where maritime explorations, the words of Luther and the technological advances of Gutenberg will change the face of the Old Continent.

The sung musical tells the story of a doomed love, that of the hunchback bellringer of the cathedral Quasimodo towards Esmeralda, a sensual Roma woman (called a gypsy in the traditional story) from the bohemian undocumented mob populating the Court of Miracles, a space that disenfranchised and marginalized people – beggars, thieves, sex workers – call home.

Quasimodo is not the only one to covet Esmeralda’s heart. Captain Phoebus of the King’s Cavalry, although already engaged, cannot help thinking of her; just like the tormented Frollo, archdeacon of Notre-Dame, who harbors all sorts of latent obsessions towards this beautiful girl, and encourages Phoebus to expel the Bohemians.

The plot evolves tragically as the characters’ true colors emerge and Esmeralda, yearning for unrestricted freedom, can’t seem to change course. How can abused children and broken lives ever express and return genuine love?

Yet, for all its medieval resonances, Notre Dame of Paris is a show that speaks to the disturbing violence of today, embodied in relentless victim blaming and racism. Esmeralda combines everything men of power hate; she is a shameless lower-class foreign-born woman who follows her heart. What should she repent of?

In the eyes of these men imbues an intense desire for lust, control and misogyny. The so-called Quasimodo monster is the only one to express emotions rooted in respect and humanity, alongside Clopin, Esmeralda’s friend, who leads the Gypsies and warned her of the wickedness of men. Integrity is disproportionately correlated with status; “good” people are social outcasts.

Educated men such as Frollo and Phoebus simply fixate on Esmeralda’s flesh and ways to fulfill their carnal instincts. She is the prey offered to a timeless phallocratic feast. In an evocative scene from the song “Belle”, Esmeralda lays down mimicking a cross as the trio of men take turns singing their voluptuous desires while walking towards her, reminding us that womxn’s everyday experience is that of an endless Via Dolorosa.

Frollo has a heart, a “heart to kill” predator when his wishes are not granted. With Phoebus, he is frantically torn apart – an inner conflict rendered perfectly in “Torn” and “You’re Gonna Destroy Me” respectively. Esmeralda is too beautiful, too tempting, to escape the toxic masculinity of the sword and the Bible. His body remains a land of appropriation and jealousy.

The show doesn’t quite pass the Bechdel test but “Ave Maria pagan” unveils more depth to Esmeralda’s character and intimacy. She, a Roma who does not know how to kneel, addresses a provisional prayer in which she expresses her secret daydreams which encompass a wish for security and protection. I wish there had been more of these moments, to explore Esmeralda’s perspective and dreams, and not just through her relationships with men.

Another layer of meaning is added when Gringoire, poet and narrator, informs a naively enamored Esmeralda that Phoebus means “sun” in Latin. Throughout the show, Esmeralda offers her life for this sun she cherishes with all her characteristic generosity, a figurative sun that takes us beyond the superficiality of Phoebus to the warm memory of her native Andalusia, to the shores of the Mediterranean Sea, in symbolic conversation with the beloved Algerian sun of Albert Camus and “the eternal summer”.

And the show is imbued with notions of home, otherness and asylum. “Les Sans-papiers”, the second song of the show, directly confronts these themes. Esmeralda’s story is also set in a conflict between a ruling class and oppressed undocumented migrants seeking shelter and recognition.

In 1996, police forces forcibly expelled a movement of illegal undocumented migrants (mainly from sub-Saharan Africa) who had peacefully occupied a Parisian church, just two years ago Notre Dame of Parisis the first French. It is difficult not to establish links as Clopin deplores the injustices before seeing his helpless people being arrested. Besides, it changes…

As Esmeralda appears, we briefly but distinctly hear Arabic musical notes. When a character mentions keeping undocumented bohemians “out of the city walls”, it’s a painful reminder that most people of color – from lands formerly colonized by France – still reside outside of the posh central arrondissements. of Paris, along its outskirts and its suburbs.

The strangeness and rejection of Esmeralda feels awfully close to systemic racism and the terrible tragedies unfolding across the Mediterranean Sea. For example, a deadly boat of asylum seekers sank near the Lebanese coast last april, in the native country of singer and actress Hiba Tawaji who plays Esmeralda. A significant number of young people in North Africa and West Asia are plan to leave their country, even as undocumented migrants— such is their lack of opportunity and their desperation as populist and xenophobic tendencies multiply in Europe. As an immigrant, she is a scapegoat and a projection of all of society’s erratic insecurities.

Stunning sets transport us to the bubble of the Île de la Cité in Paris. Luminous works draw the Gothic contours of the cathedral’s stained glass windows and contribute to a narrative where the divine order can be both gentle and abominably brutal.

The imposing structure of Notre-Dame dominates the spectacle and one remembers the fire 2019 which burst under its roof and destroyed its spire. Although the media frenzy around the fire seemed disproportionate at the time given that other endangered heritage sites around the world receive almost no attention, the importance of the cathedral for French culture does not may be overestimated, even for secular France. It marks the “zero kilometer” of all French roads. Its centrality also carries a legacy of sanctity as a sanctuary of religious relics. Napoleon’s coronation took place here and Charles de Gaulle attended a Te Deum mass after the liberation of Paris during World War II. It is the soul of a complicated France.

The musical, written by Luc Plamondon, composed by Richard Cocciante and directed by Gilles Maheu, simultaneously measures love and mourning, two inseparable human ills, in two frantically paced acts. The show is subtitled in English, which works well except for an unfortunate translation error during a scene evoking sailing explorations for a passage in India. “Seek” has been translated as “discover” (instead of “seek” or “seek”) which apparently reuses a loaded term perpetuating the tired trope of the “discovery” myth.

The exceptional performances of the coarse and captivating Angelo Del Vecchio (Quasimodo), the hypnotic Hiba Tawaji (Esmeralda), the grandiose Daniel Lavoie (Frollo), the gentle Yvan Pedneault (Phoebus), the amiable Gian Marco Schiaretti (Gringoire) and the virtuous Jay (Clopin) form an array of endearing characters and a flawless cast with a dynamic following of acrobats, breakers and dancers.

With so much to unpack, scenes and tunes that stick in your mind, Notre Dame of Paris deserves to claim an urgent and enduring place in the New York art scene.

Esmeralda, her chin high and proud, foreshadows a well-filled existence, loving to the point of dying of love. Can we ever wish for something nobler in these messed up times? 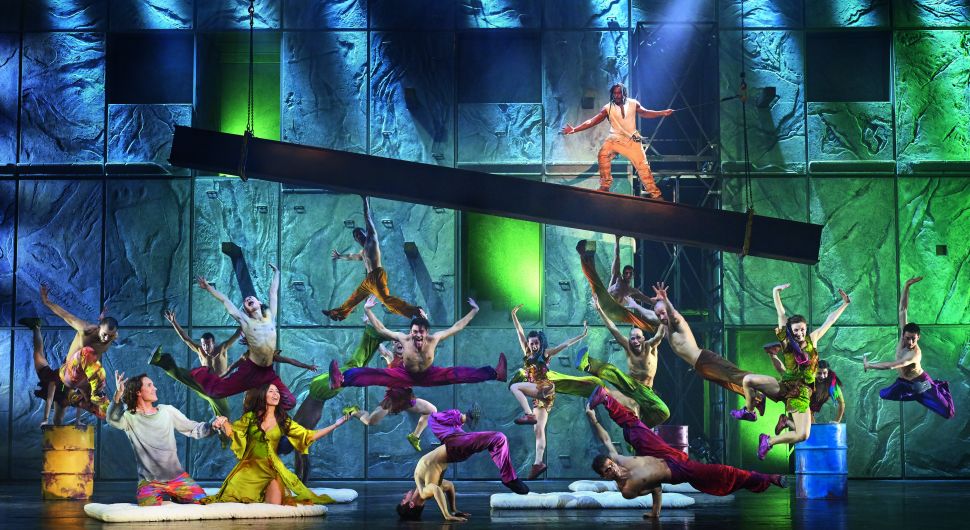 LOXAM contributes to the reconstruction of Notre Dame Cathedral in Paris

Content of the Business Wire press release. The AP press team was not involved in its creation. https://apnews.com/press-release/business-wire/europe-paris-e579188063714baf8499c20454fcce4a Click to copy PARIS–(BUSINESS WIRE)–Apr 19, 2019–After the fire at Notre Dame de Paris on Monday April 15, Loxam, the European leader in equipment rental, is taking part in the reconstruction project of the partially destroyed cathedral […]

OUR LADY OF PARIS, London Coliseum

It’s hard to overestimate the popularity Notre Dame of Paris is in France, leaving audiences thrilled for 20 years. However, critics were not kind at its last performance in London in 2000. Poor translation of the lyrics and a pre-recorded backing track seemed to be the main problems. Despite this, the show has been performed […]

Angelo del Vecchio, who plays the role of Quasimodo, sings “Ou est-elle” on stage. (Mast Entertainment) The world saw the beloved Notre Dame Cathedral burn down last year, but the iconic cathedral is resurrected on stage in Korea every night to the sound of music. The original French production of the musical “Notre Dame de […]